A project conducted in the larger NextData Italian project of national interest. (HAMMER)

There is a systematic lack of information on the effects of the climate and environmental changes on the frequency and the intensity of landslides and their triggering phenomena (Huggel et al., 2012). The problem is particular severe in mountain area, where natural and human-driven climatic and environmental changes may alter significantly the frequency and the intensity of the slope processes, with largely unknown short and long-term effects on the landscape and the environment. HAMMER project intends to collect time series of ground deformation, and analyse eventual changes of the deformation trend/style associated with meteorological and climatic variables over time.

Main objectives of the project are: 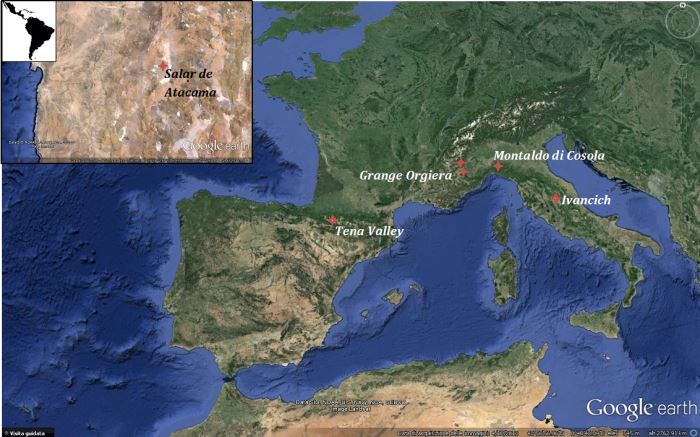 The analysis of surface movements aims to define the geomorphological evolution of single or multiple landslides. The short-term analysis of surface movements is obtained through quantitative or semi-quantitative analysis of three-dimensional topographic data and high accuracy measurements obtained exploiting different monitoring techniques (Giordan et al., 2013) In the HAMMER project, the analysis of surface movements are primarily carried by traditional in situ monitoring techniques (Total station; GPS receivers; Terrestrial LiDAR; Ground Bases Radar; extensometers; inclinometer), which provide ground deformation time series with very high temporal sampling, allowing for the reconstruction of the evolution of single landslide phenomena over time. The data has been obtained from previous internal studies of CNR-IRPI Torino, in particular of GMG group (http://gmg.irpi.cnr.it) and of CNR-IRPI Perugia (http://geomorphology.irpi.cnr.it/). Have been also used the relatively recent Differential SAR Interferometry techniques, which has significantly increased the information available on surface movements, especially in terms of spatial resolution, and are particularly suitable to monitor ground surface at the regional scale. In the framework of the HAMMER project, ERS-1/2 and ENVISAT ASAR earth observation missions of ESA supply a very large number of SAR images, generating a huge archive of information relevant to the period 1992-2010. The time series of ground deformation obtained allowing to following the evolution of surface displacement over time for the most part of the World, with a monthly temporal sampling.

The main expected results of the project are: 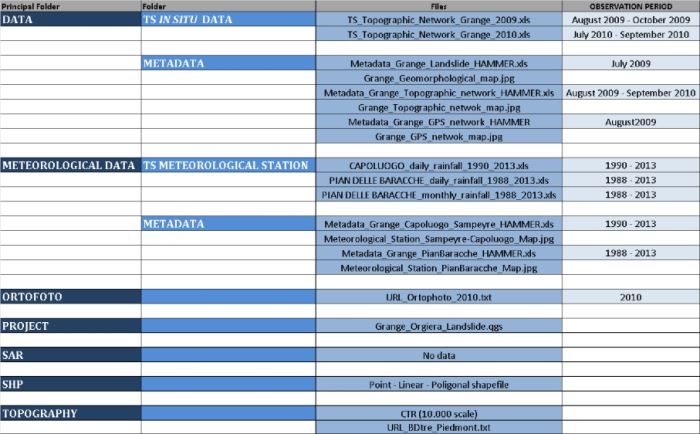 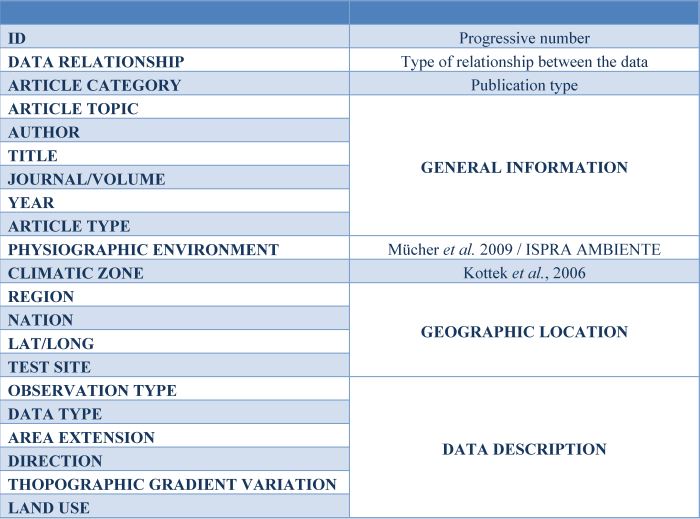 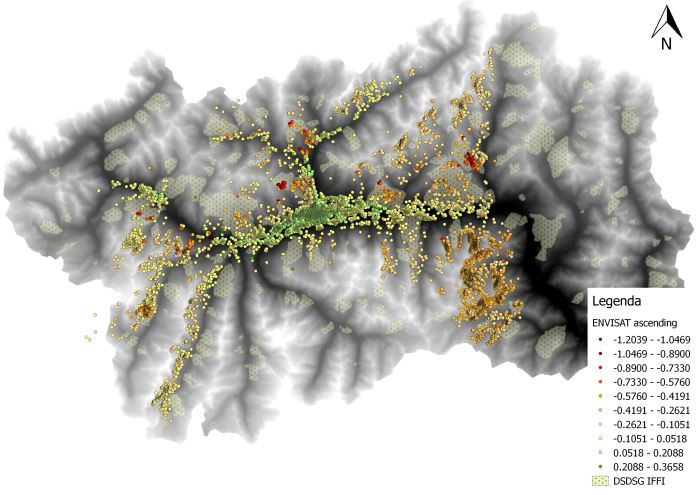