The IRPI Aerialphotografical archive consists of about 170000 aerial photographs of Northern Italy (1954-2005) useful for a stereoscopic vision. It also includes military flights (Royal Air Force) carried out during the Second World War. For some areas there are also rare aerial shots of the years 20, 30 and 40, often in diachronic form (5-10 years). The documentation refers to geo-hydrological events occurring on large areas and characterized by landslides, floods, floods, debris flows. It is the largest Italian source of aerial photography for these specific issues. With the Artemide Project we propose various actions dedicated to knowledge, enhancement of the resource and use of frameworks of union.

With the ARTEMIDE project we intend to make available to the community an important cognitive material with appropriate technical, informatic and structural strategies, making accessible the computer query of the resource, promoting a functional enhancement of the same. With ARTEMIDE we want to create a consultation database in the GIS open source area of the aerophotografic resource, according to logical archiving criteria and its exploitation and usability as a cognitive resource that can also be explored by external users.

With the Artemide Project some specific actions are proposed, including:

The first expected result is the sharing of the cultural heritage represented by the IRPI aero-photogallery with the entire community, for the training that the individual subjects could obtain by acquiring data of the environmental context in which they live. Specifically, we want to create a consultation database in the GIS open source area of the aerofotografical resource, according to logical criteria of structured archiving and its exploitation and usability as an explorable knowledge resource.

Creation of a GIS platform for consultation of air material, through queries and territorial queries of flight plans to assess the consistency of the document resource to be consulted at IRPI.
Implementation of mitigation strategies from the deterioration and conservation of the original resource and monitoring of the environmental parameters of the places of deposit.

The project, in progress, includes several preliminary and intermediate activities to the rendering of a territorial platform, which include an assessment of the state of conservation of paper material, the implementation of mitigation strategies from the physical-chemical degradation of the material, the digital duplication of photos and panels of union of the entire patrimony (about 170,000 photos). The final step will be represented by the possibility to query the resource and, finally, by consulting the flight plans and some shots. 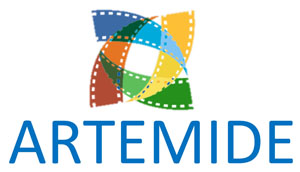