🆕📈 www.irpi.cnr.it/en/modelling-seasonal-variation-of-gully-erosion-at-the-catchment-scale-a-new-stu... - #NEWSThe article, titled “Mapping the global threat of land subsidence” has been recently published in the journal Earth Surface Processes and Landforms. The study proposes a method for integrating #remote #sensing data from the #ESA Sentinel-2 mission and the #LANDPLANER modelling tool developed by Mauro Rossi, to predict the spatial and temporal occurrence of gully #erosion #phenomena. ... ... See MoreSee Less

The article, titled “Mapping the global threat of land subsidence” has been recently published in the journal Earth Surface Processes and Landforms. The study proposes a method for integrating remote sensing data from the ESA Sentinel-2 mission and the LANDPLANER modelling tool developed by Mau...
View on Facebook
· Share

Conference ‘Climate Change, Health of the Planet and Future of Humanity’ 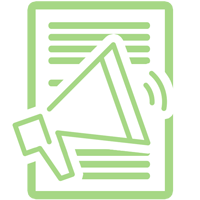 On november15th, 2018, Casina Pio IV in Vatican City hosted a conference co-organized by the National Research Council of Italy and the Pontifical Academy of Sciences, aimed at presenting scientific results and future scenarios anticipating COP24 in Katowice in december 2018.

More than fifty years after the first reports[1] climate change is taking a growing toll on humanity and on ecosystems, at local, regional and planetary scales. The scientific community has deeply investigated the causes and consequences of climate change, from primary drivers (the fast, anthropogenically-driven, increase in use of fossil fuel releasing greenhouse gases, in turn causing climate warming) to impacts, some of which (e.g. loss of biodiversity and agricultural productivity, rising see level and climate extremization, including growing desertification and frequent occurrence of extreme meteorological events) are devastating the stability of life on Earth and may pose a serious risk for human wellbeing, and even survival. 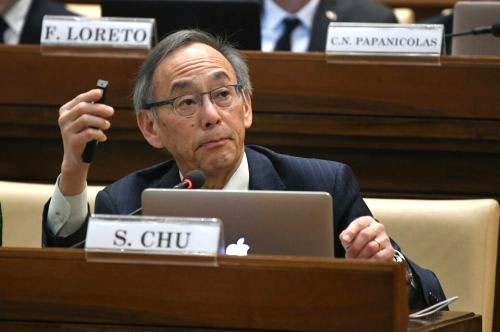 Reports by major panels of scientists have since early discovery periodically informed and alerted the society about the risks associated to climate change, and recommended best practices and policies to fight climate change, and to achieve sustainable use of resources, therefore allowing us and our environment to mitigate, adapt or become resilient to climate change[2]. Indeed, our understanding current indicates that there is no single “silver bullet” to fight and reverse climate change, and that success may only arise by implementing a variety of strategies aimed at the same goal[3].

However, the political response has fallen short of scientific recommendations in terms of needed urgency, and global participation. Political negotiations have often ignored concrete actions, such as investments in research and innovation, that may reduce future greenhouse gas emissions and help protecting the environment. Nevertheless, awareness of the importance of climate change and of its ineluctable consequences under the “business as usual” scenario has grown worldwide, and examples of compliance to measures that reduce drivers and mitigate impacts of climate change are spreading. But, this is not sufficient to stop and revert the current trend toward climate warming and its associated negative impacts, and global policies to fight climate change are endlessly called for[4].

Pope Francis’s encyclical on climate change, “Laudato Si”[5] stands as the most powerful warning that human-driven climate change is a real and urgent problem, and that we must change our daily habits to live more sustainably. “Never have we so hurt and mistreated our common home as we have in the last two hundred years” is a prominent appeal to revert a “failure of conscience and responsibility.” The United Nation sustainable development goals[6] are also setting the blueprint for equitable use of resources, in turn mitigating climate change and fighting hunger and poverty around the planet. Indeed, climate change-driven pressure become so strong that they can originate famine, and encourage the spreading of diseases, large migrations and even conflicts and wars.

Signs that we are getting to the last stop before irreversibly affecting terrestrial climate are becoming more numerous and stronger[7]. Voices that argue about the fact that we, the humans, are not responsible for climate change are challenged more and more convincingly by scientific proofs and facts. In preparation of the COP 24 UN Climate Summit in Katowice (Poland, December 2018), this meeting sets the ground for a final call toward immediate and strong actions to curb global warming and the consequent climate change negatively affecting humans and the environment. We are the last generation that can stop climate change before it causes irreversible change to our planet. Time is almost over and action must be taken immediately, by all, worldwide. But hope remains that: “Humanity still has the ability to work together in building our common home . . . Truly, much can be done![8]”

[5] Encyclical Letter LAUDATO SI’ of the Holy Father Francis on Care for our Common Home (2015, http://w2.vatican.va/content/dam/francesco/pdf/encyclicals/documents/papa-francesco_20150524_enciclica-laudato-si_en.pdf)

[8] Encyclical Letter LAUDATO SI’ of the Holy Father Francis on Care for our Common Home (2015, http://w2.vatican.va/content/dam/francesco/pdf/encyclicals/documents/papa-francesco_20150524_enciclica-laudato-si_en.pdf)