A new map shows the location, extent and activity of more than 1000 active alluvial fans in Calabria, Southern Italy

Alluvial fans are known to be areas of high geomorphic activity, where debris flows and flash floods caused by intense and prolonged rainfall are a major hazard. In Calabria, southern Italy, alluvial fans are numerous. The exact age of the alluvial fans is seldom known, but most of the fans in Calabria are considered recent in age (Holocene).

Due to the significant increase in urbanization in the last two centuries, many alluvial fans are disturbed by human activities, including agriculture, infrastructures, and housing (Fig. 1). 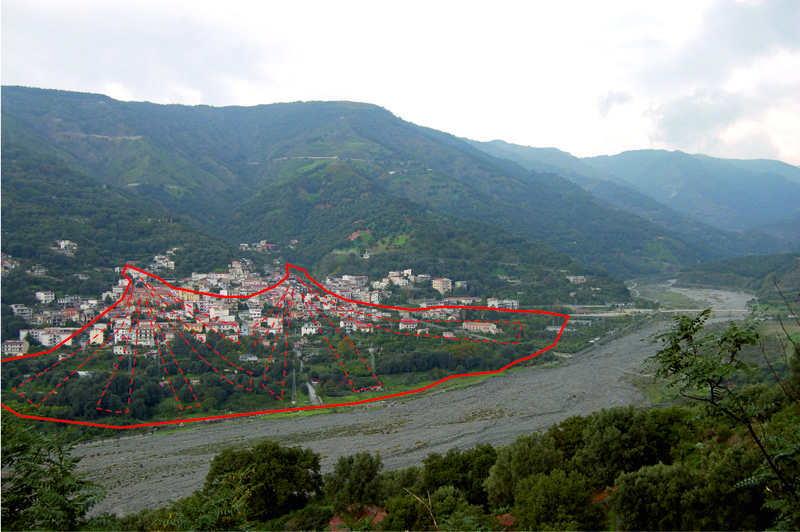 Like in other areas, alluvial fans in Calabria are characterized by intermittent activity, controlled by the intensity and the frequency of hydrological processes in their catchments (Fig. 2). The presence of hydraulic engineering works within the watercourse and on the alluvial fan (e.g., check-dams, levees, bank protections) testifies the intense activity of the fans in the recent past. 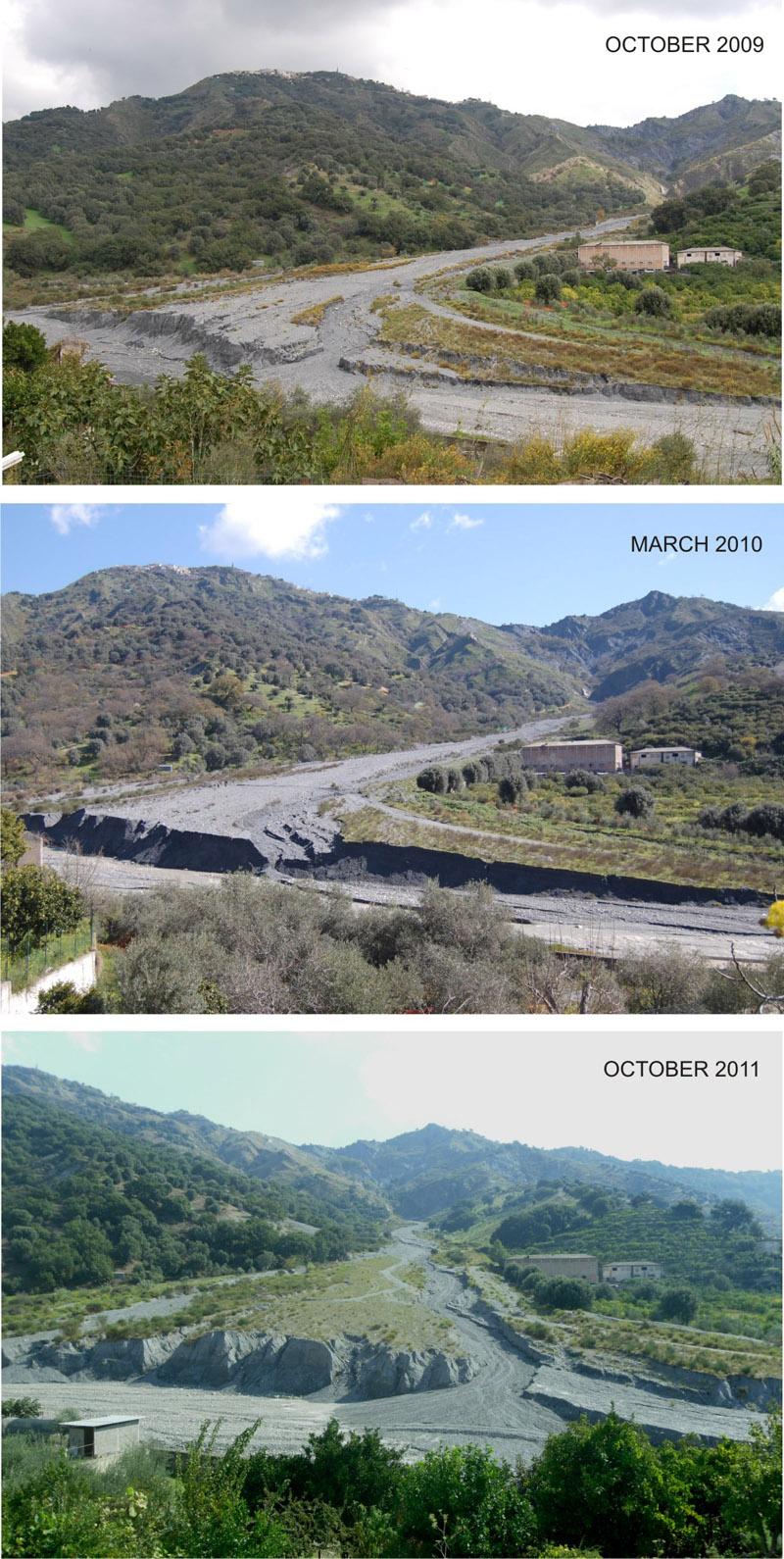 Fig. 2: Photo comparison (from October 2009 to October 2011) of the active Inerà alluvial fan, located near the village of San Lorenzo at the confluence of T. Inerà with the Fiumara di Mèlito (souther Calabria). It should be noted that, within one winter season, the fan displays a significant alternation in the progradation/retrogradation process.

Currently inactive fans, characterized by erosion, have been subject to various human activities (e.g., construction of bridges, buildings, defensive works). As a result, structures, infrastructures and the population on these alluvial fans are at risk, in case of a reactivation of the fan.

In 2009, 2010 and 2011, the densely populated alluvial fans present along the southern Tyrrhenian coast of Calabria were severely impacted by debris flows and flash floods triggered by particulary intense rainfall events (Fig. 3). 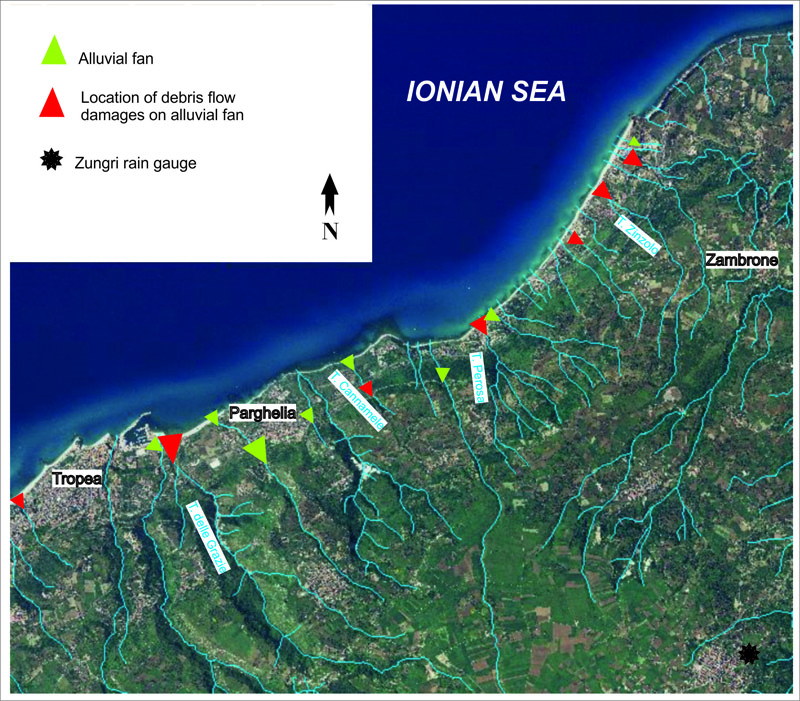 Fig. 3: Map of recent alluvial fans present along the southern Tyrrhenian coast of Calabria and indication of the locations where debris flow damage occurred during the 2009, 2010, and 2011 rainfall events (red). Google Earth® 2011 images.

In Calabria, alluvial fans represent areas of potential hazard to the population, the human settlements and lifelines. We prepared a map showing the location and degree of activity of alluvial fans in Calabria, in the last 60 years (Fig. 4). 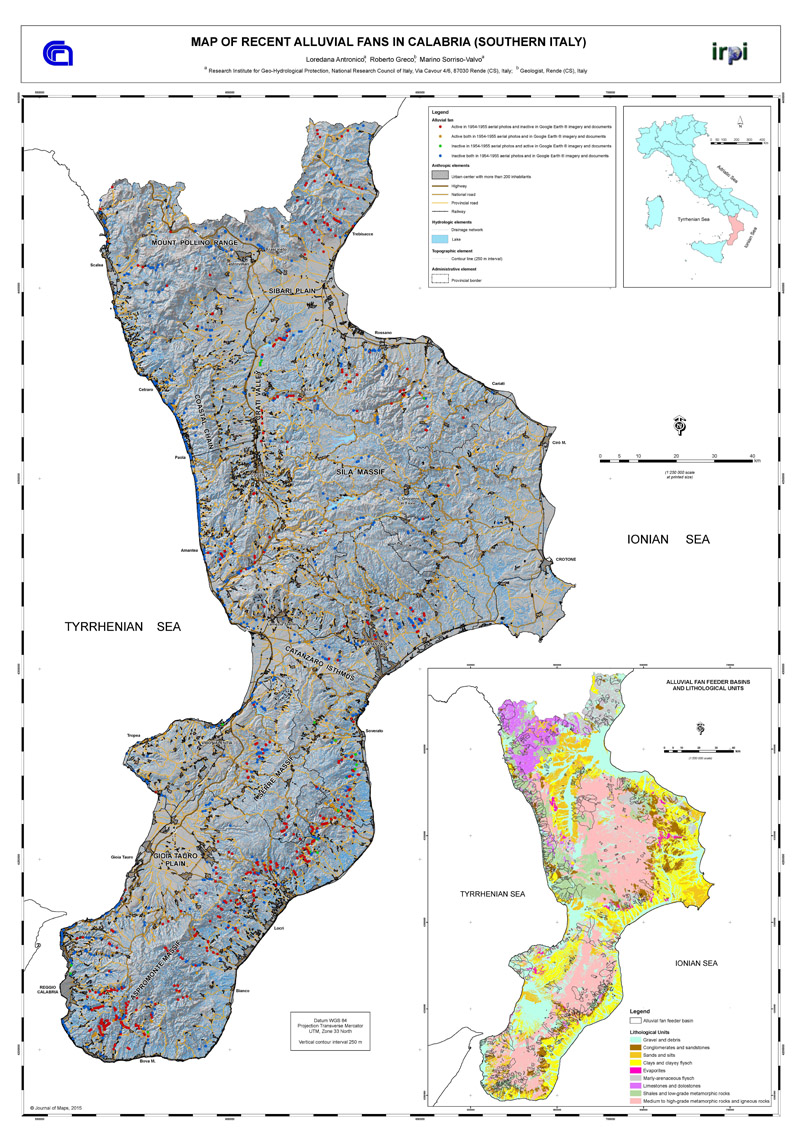 The map considers only recent debris-flow dominated fans, and was obtained through a combination of aerial photographs interpretation, analysis of recent documents on debris flow events, and the inspection of the satellite imagery available from Google Earth.

The map reveals the widespread diffusion of alluvial fans in Calabria. Of the 1170 mapped fans, 545 (46.6%) were active during the last 60 years, with the most active fans located along the channels dissecting the Ionian side of the Aspromonte, southern Calabria.

A total of 103 towns and villages, each with 200 or more inhabitants, are located on alluvial fans, of which 18 are active or were active during the last 60 years.