Exploiting a unique long-term monitoring activity, we have developed innovative methods for evaluating the stability of slopes shaken by earthquakes.

Landslides and earthquakes are important geological hazards in Italy, where mountains and hills dominate a landscape characterized by the presence of weak geological materials. The geological and morphological settings result in high susceptibility to landslides under seismic conditions. Italy is also one of the most active tectonic regions in Europe; and seismic shaking is known to have caused landslides in Italy.

Numerous historical documents describe landslides caused by earthquakes in Italy. We have information on about 1800 ground failures (most of which landslides) that have affected nearly 1000 sites, in the last millennium. Many potentially unstable areas are densely populated, and exposed to the damaging consequences of seismically induced landslides.

In Italy and globally, seismic landslide hazard has received considerable attention in the last decades. Despite the significant progresses, the death toll and destruction caused by recent events (e.g., the 2009 l’Aquila, Italy, earthquake, and the 2008, Wenchuan, China, earthquake where more than 20,000 people were killed by seismically induced landslides) remind us that more work is needed to reduce the losses. 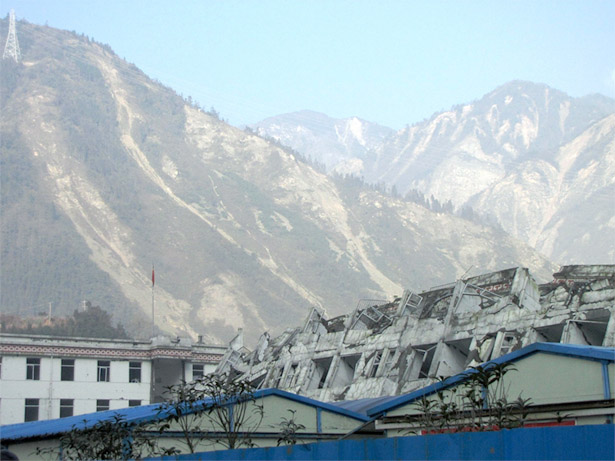 With the Department of Earth and Geo-environmental Sciences of the University of Bari, since 2002 we perform accelerometric monitoring in Caramanico Terme, Abruzzo, an area of Central Italy susceptible to earthquake-induced landslides. Our monitoring network is the first permanent network in Europe with accelerometers placed on unstable slopes, and designed to study their seismic response.

We promote research and we foster the scientific debate on earthquake-induced landslides. Since 1998 we organize scientific sessions on earthquake-induced landslides at the major international meetings of the European Geophysical Society and the European Geosciences Union. We cooperate with the U.S. Geological Survey, the National Taiwan University and the National Central University in Taiwan, the Chengdu University of Technology in China, and the Niigata University in Japan.

Google EarthTM image of the Tsaoling, landslide, the largest landslide triggered by the 1999 Chi-Chi, Taiwan, earthquake. Our ambient noise measurements suggest that site amplification played a role in the collapse of the slope. 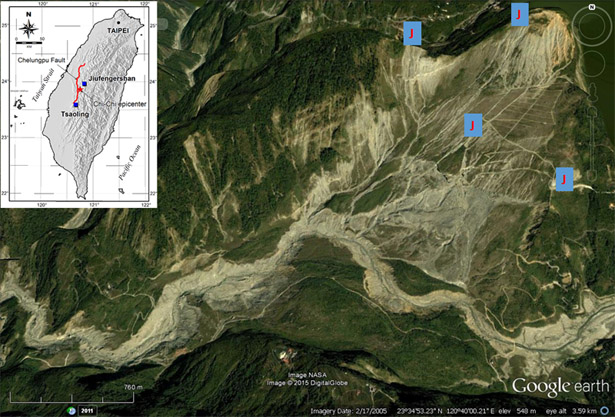 Systematic in situ accelerometer monitoring of earthquake shaking of selected slopes has improved our understanding of site effects and of seismic slope failure mechanisms.

We transferred the results of our research to local users. The Municipality of Caramanico Terme has used our results to update the seismic micro-zonation of its territory.